We’ve trawled through myriad trends at the Milan, Paris, Mumbai and New York fashion weeks and whittled it down to the most eye-catching, interest-stirring trends that ruled the runways for the autumn-winter collections. Get inspired and dip into the Arvind Autumn Winter Collection 2016 to don the mantle of the global Indian

It’s the time of the year when the fashion forward amongst us get to come out and play. It’s time to stay goodbye to the long, hot, muggy summers, and welcome the chills and thrills of winter. Your sartorial choices no longer need to be held hostage by streams of sweat and the need for minimalistic clothing, so it’s time to get organised and get the wardrobe autumn-winter ready. From the colours that are going to be big to the silhouettes you just have to try it all. Here’s everything you need to know to stay ahead of the fashion curve in the upcoming months.

DID YOU SEE RED? WE SURE DID!

There’s no removing the traditional blacks, charcoals, navies and greys from a man’s wardrobe, but it warmed our hearts to see strong reds and popping copper tints amongst all the darker hues. If you’re not enough of a rabble-rouser to go all out in a copper-coloured suit, now is the time to at least start experimenting with red’s muted brother in details such as ties,pocket squares and scarves. A favourite is the Wooyoungmi rich copper overcoat that made a debut on the runways. Gieves & Hawkes, Berluti, Dunhill and Trussardi innovated with rusty copper in voluminous overcoats and velvet evening jackets; AlexanderMcQueen and others turned to statement pieces in flaming reds.

The red may show up anywhere… a pocket square, in a print, the leather strap of your watch or socks if you are wearing them

It’s sophisticated enough to look timeless and yet so versatile that it appears refreshed when paired innovatively. It belongs both on the runways and on the streets and acts as the perfect foil for a wardrobe dominated by dark blues, blacks and greys. All you need to do is add a few key emerald green pieces to give your wardrobe an autumn-winter jolt and take it several notches higher in the stylish stakes. Emerald works well for jackets and accessories, but has enjoyed a revived popularity in suits. Go brighter, if you dare.

Neutral tones were big on the runways this season, with brands such as Burberry and Coach aggressively pushing them. We say earthy, neutral colours in all shapes and forms: from sweatshirts to full-length coats, suits and even chunky knitted sweaters. They work particularly well in the winter months since they’re fabulous to layer, and for a tonal look.Mix stone colours or beiges with popping copper and green, and you’re guaranteed a look that works.

MONOCHROMATIC, BUT NOT MONOTONOUS

Monochrome has always been the stylish man’s favourite, so why should Autumn Winter 2016 be any different? We loved Yves Saint Laurent’s black on blacks, packed with stunning but subtle details and textures. Dolce & Gabbana went the other way, with more in-your-face blazers full of embroidery and classic shapes. Add a textured jumper to a basic jacket in the same colour to give your look a stylishly monochromatic hit.

MONOCHROMATIC, BUT NOT MONOTONOUS

We have to admit, this one took us a little by surprise but not in a bad way. High shine fabrics kept making appearances across fashion weeks in autumn-winter collections. While silk shirts under suits were the easiest manifestation of the trend, we saw some daring choices such as leather trousers, and silken or nylon bomber jackets and parkas. Designers such as Versace, DSquared2, Bottega Veneta, Astrid Andersen and Calvin Klein drew a lot of inspiration from space, with their spacesuit-like designs. A word of caution, though: Metallic is a tricky trend to get right. One misstep and you can go from being fashion forward to a disco ball in a nightclub, so be careful while trying it out. 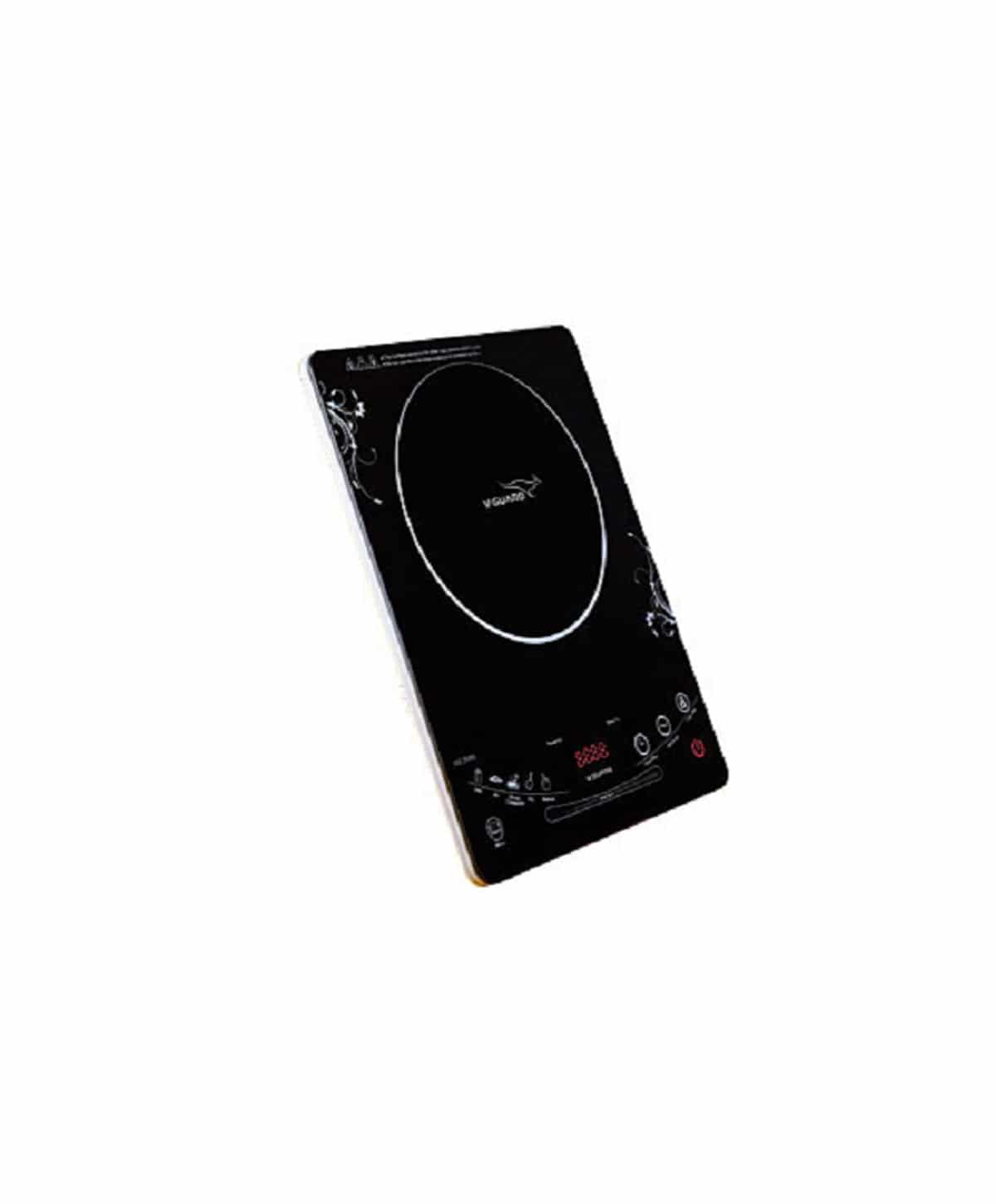 Who says floral prints belong to the spring and summers? Autumn Winter 2016 is all about pushing boundaries. The 70s look made a big comeback in the form of floral prints on shirts and jackets. Like emerald green, floral has great potential for translation into street style, and adding brightness and boldness to the average man’s wardrobe. Men, please don’t dismiss florals as the domain of the ladies, they can do a lot to add dimension to your looks. If you can’t see yourself in a floral jacket, incorporate the trend in your wardrobe in a simpler way, in the form of slim ties, as pocket squares. 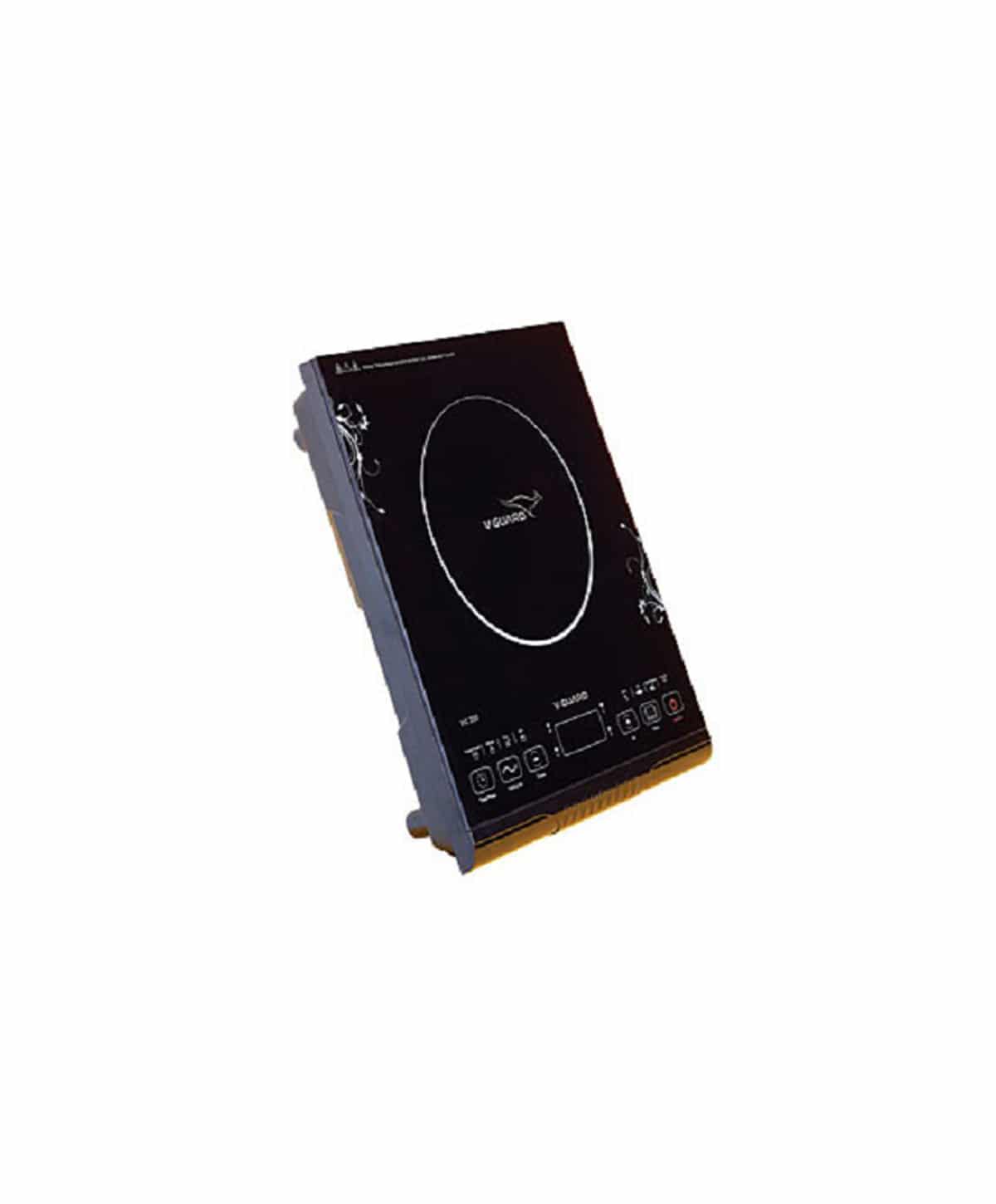 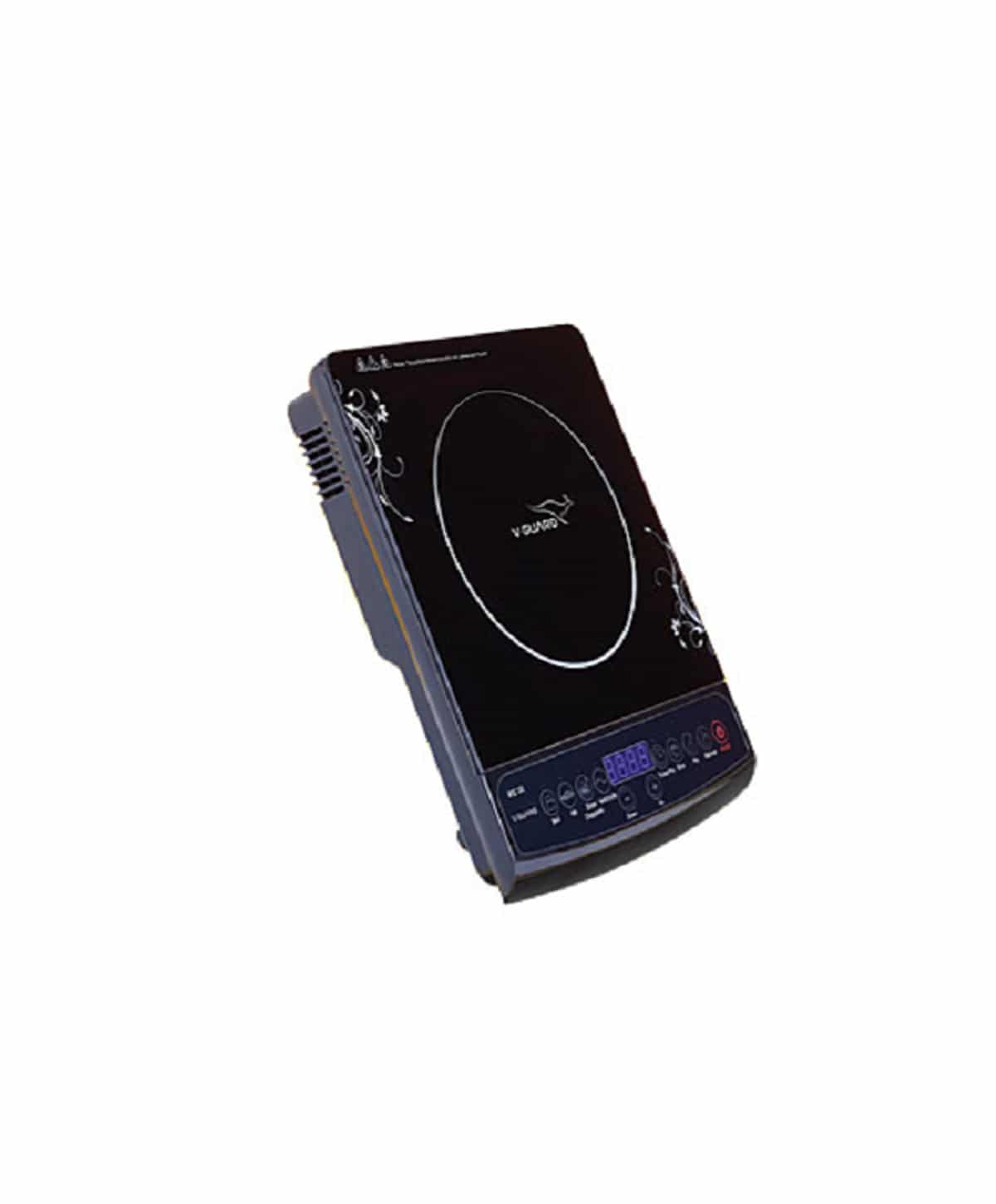 Although not surprising, pyjama suits were seen in too many collections to be ignored. This trend is an extension of the popularity of the silk shirt trend that was big last year. It just became bolder with matching pyjama shirts and trousers on the runway. We’re on the fence about this particular trend, but Valentino’s black turtleneck under the suit was the most wearable and easy on the eyes. Dolce & Gabbana, Cavalli and Gucci were other brands that dabbled in pyjama suits. 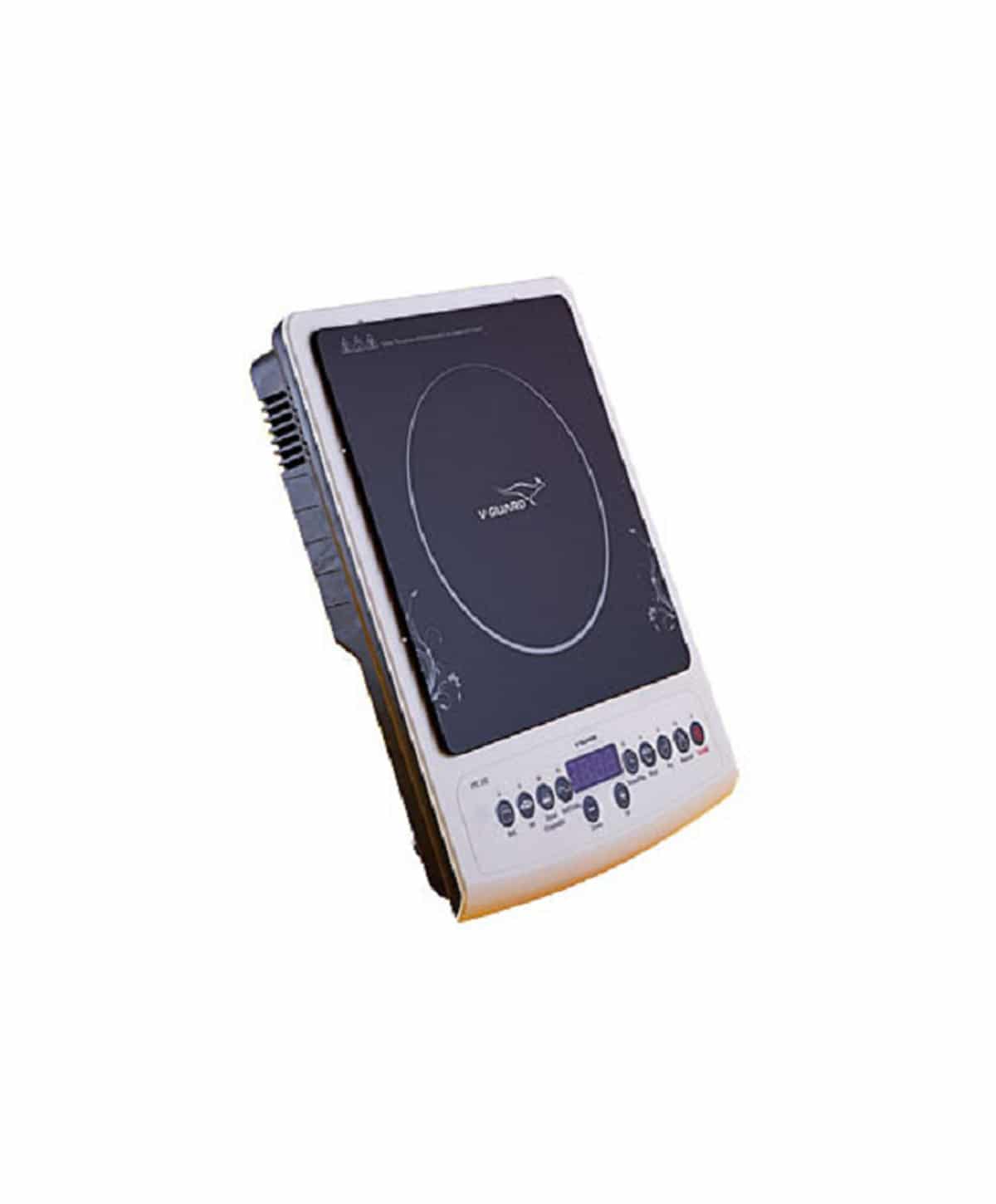 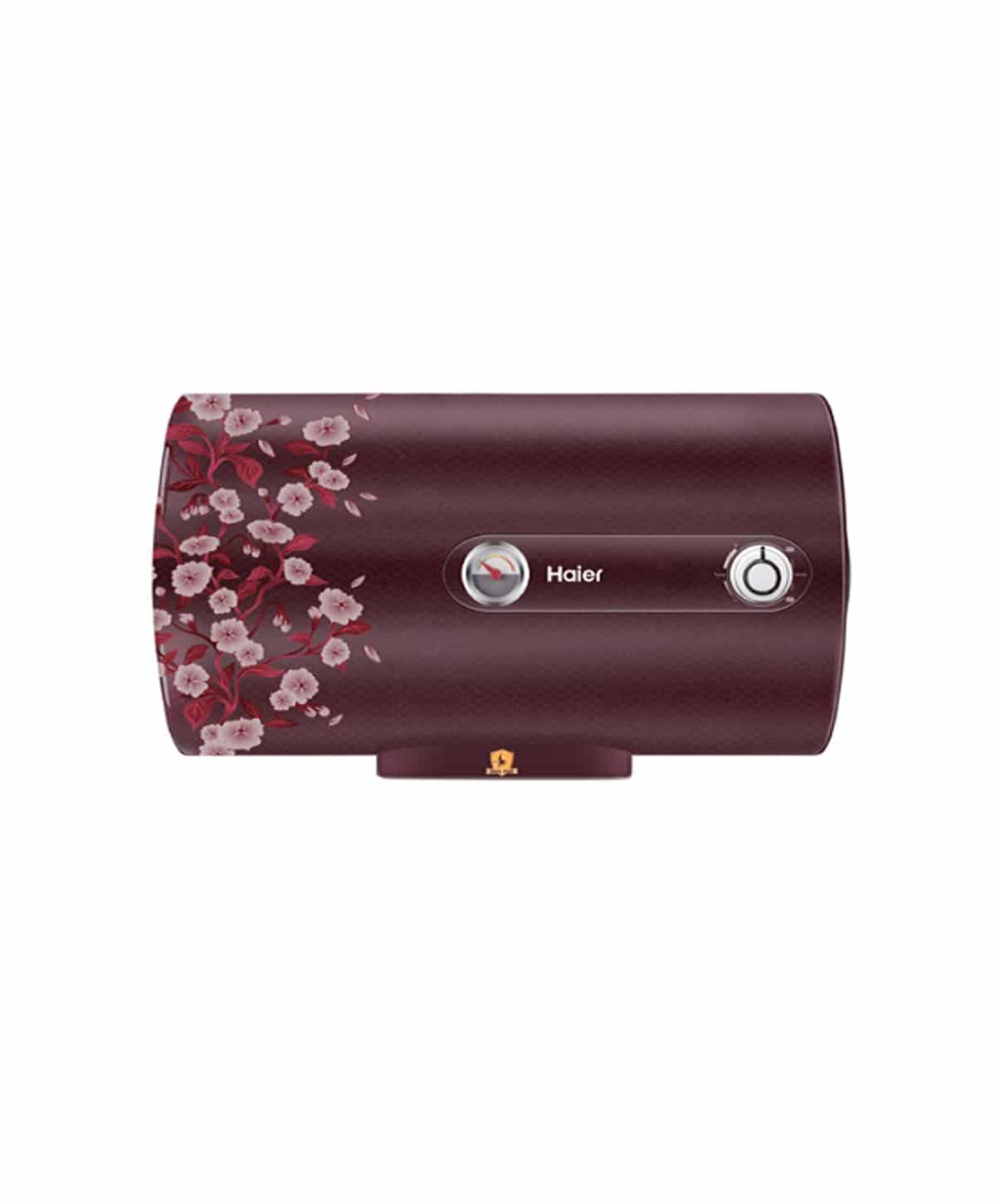 There was plenty of neck action on the runways this season. Roll-neck jumpers continue to be hot favourites among designers, particularly Versace, Bottega Veneta and Richard James. One particular look we absolutely fell in love with was Richard James’ white roll-neck with raw denim and a long coat. Clean,simple, classic. And while roll-necks look like they’re here to stay for a while, designers have started tweaking it to give it their own stamp. We saw some interesting funnel necks and lower mock turtle necks (basically, roll-necks without the roll) as both zip-ups and slip-overs. Like Richard James showed us, you can slip one of these under a nice slouchy coat, over jeans.Another interesting neckline we spotted was the shawl-neck, especially in cardigans. This is a trend that lends itself particularly well to street style, due to its functionality during winters. It’ll keep you warm, while giving your jeans and T-shirt a sartorial boost. 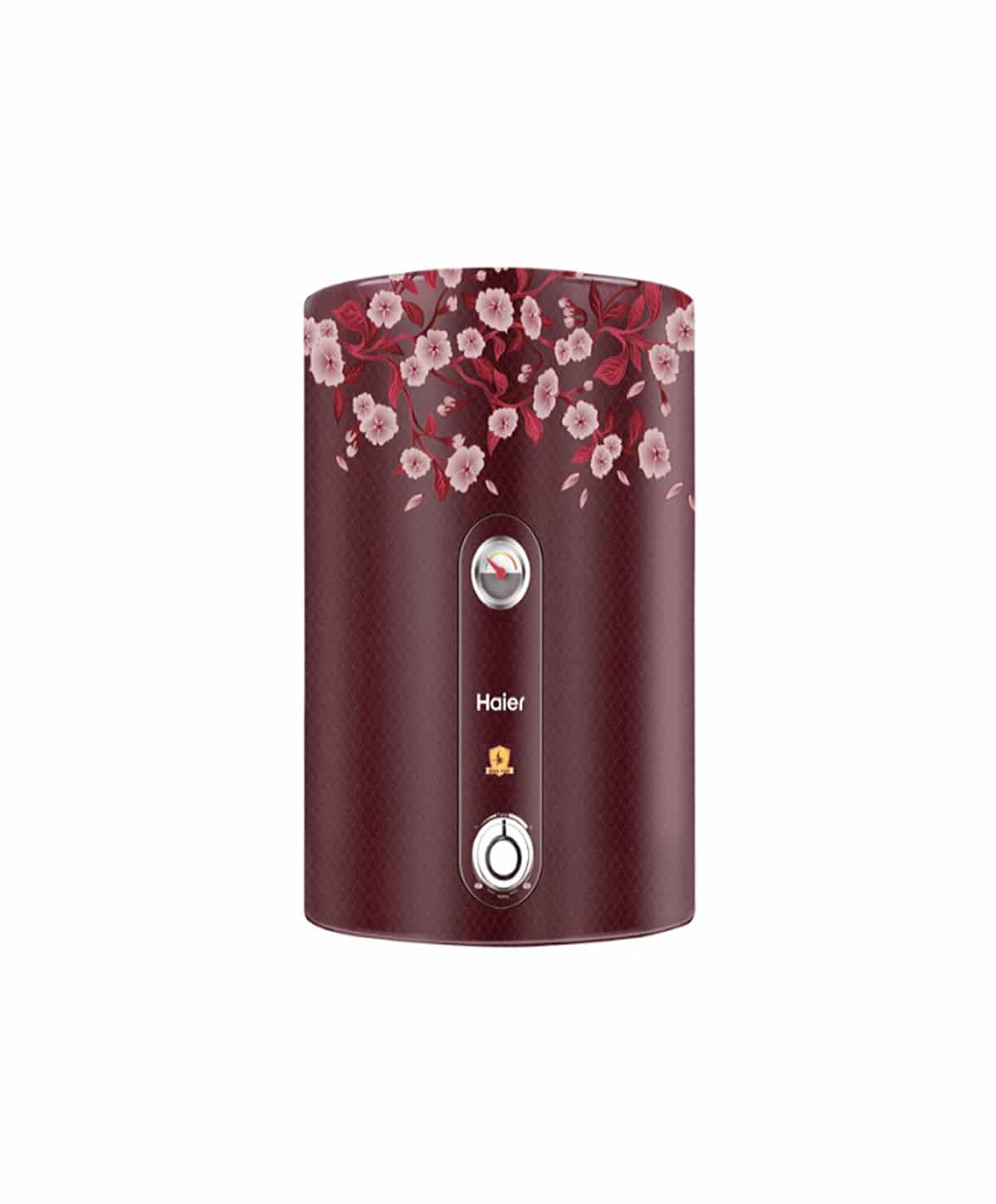 Talking of ‘neck style’ check out the cravat – a throwback to the stylish 17th century – in ‘Die For Detail’ (ahead), matched to a selection of Arvind picks 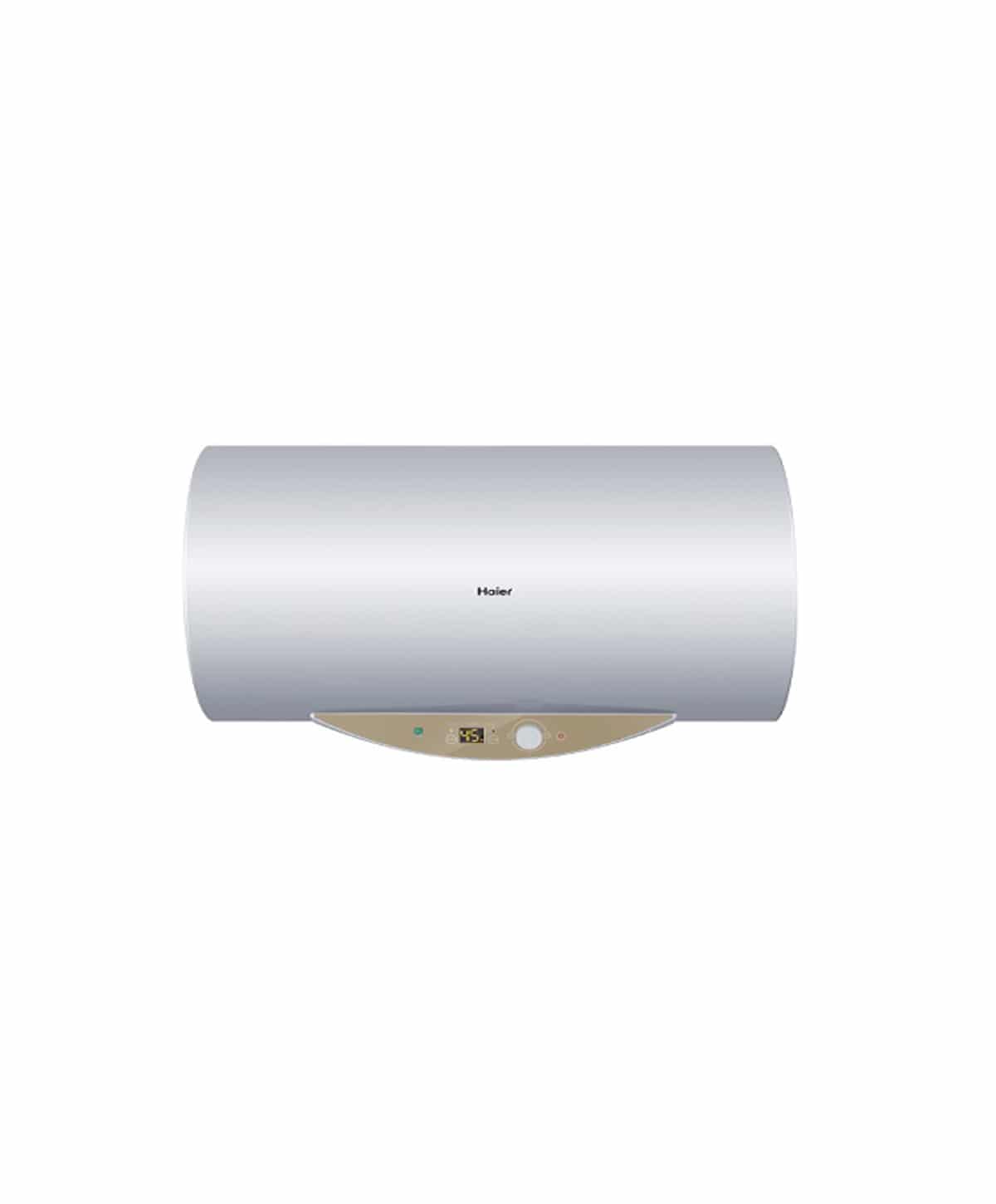 Checks and tartan featured prominently in the collections of Valentino, Lou Dalton, MSGM and Bottega Veneta this season. Mostly seen in the form of bold suits, we saw the classic check lifted by the use of bright colours for a more modern take on the trend. Reds, mustards and bright greens were the more daring tartan colour choices that left an impression. A bright tartan blazer provides a great focal point in an outfit – all the other pieces and accessories should be worked around it. 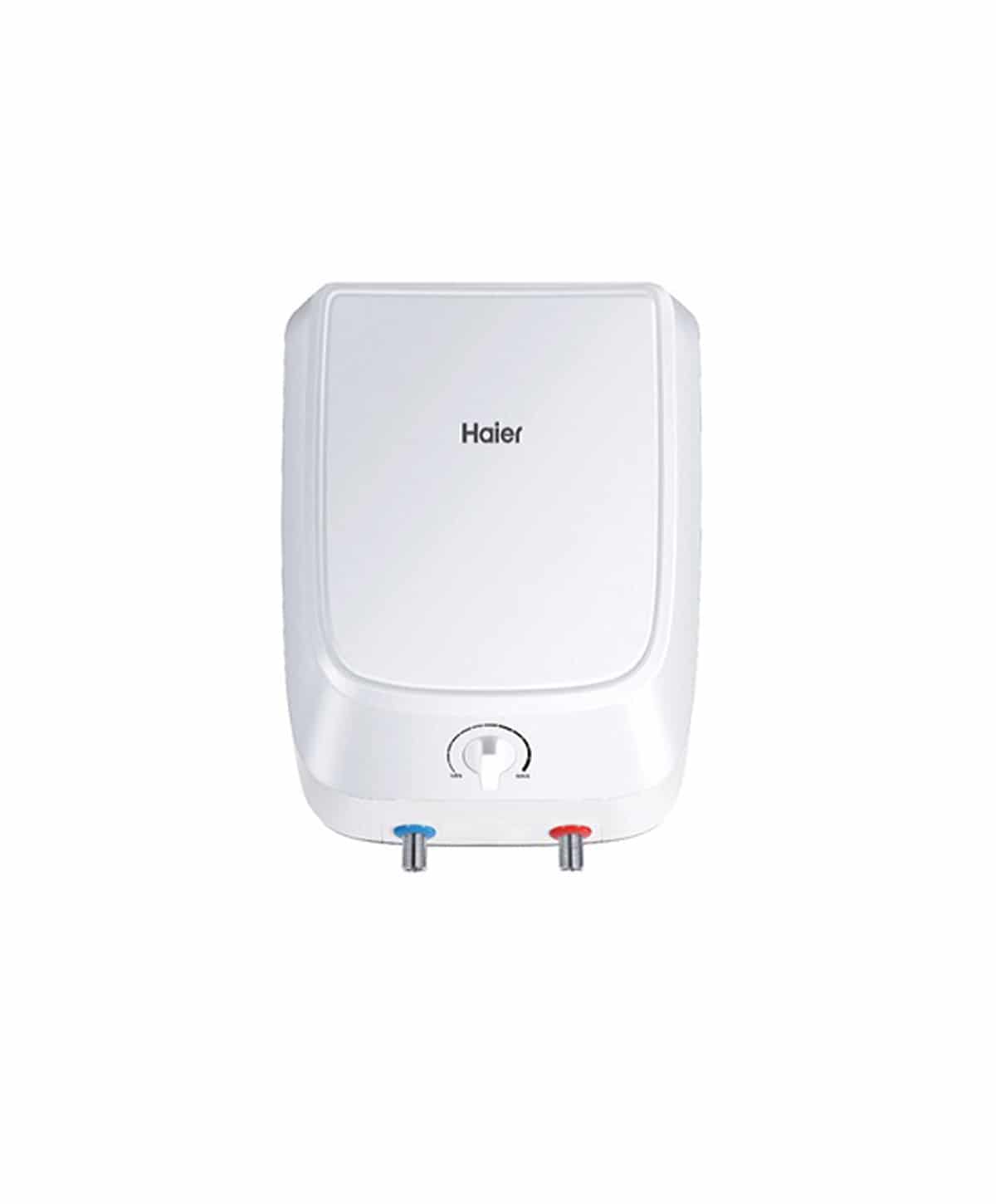 Autumn Winter 2016 gave a big giant nod to the athleticism of the 1970s but with a modern 21st century twist. Track tops and jackets were seen a lot across collections. While Burberry and Neil Barrett stuck to neutral tones, Christopher Kane used some bright colours in his collection. But it was Astrid Andersen’s black quilted track jacket with gold details that really did us in. 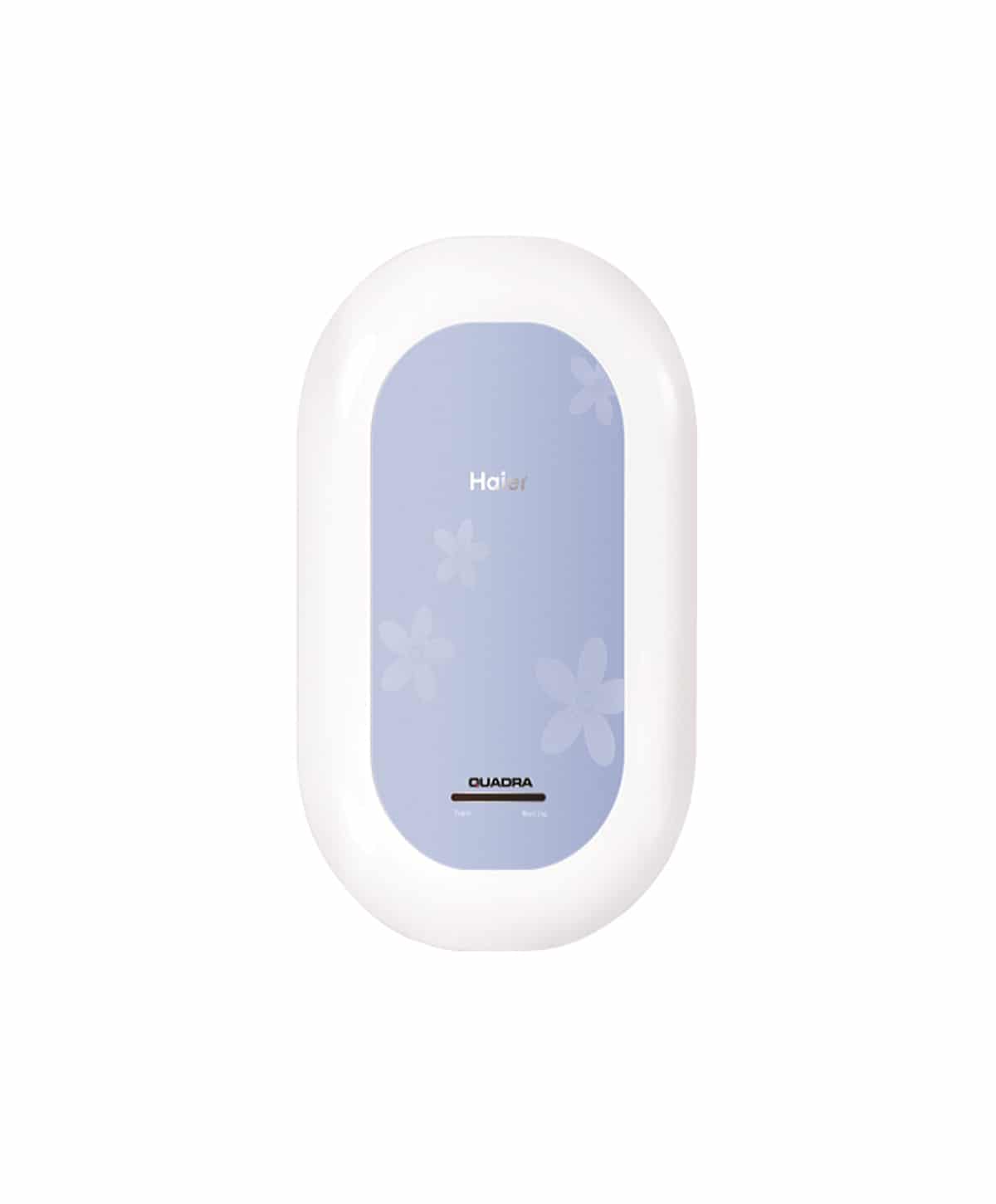 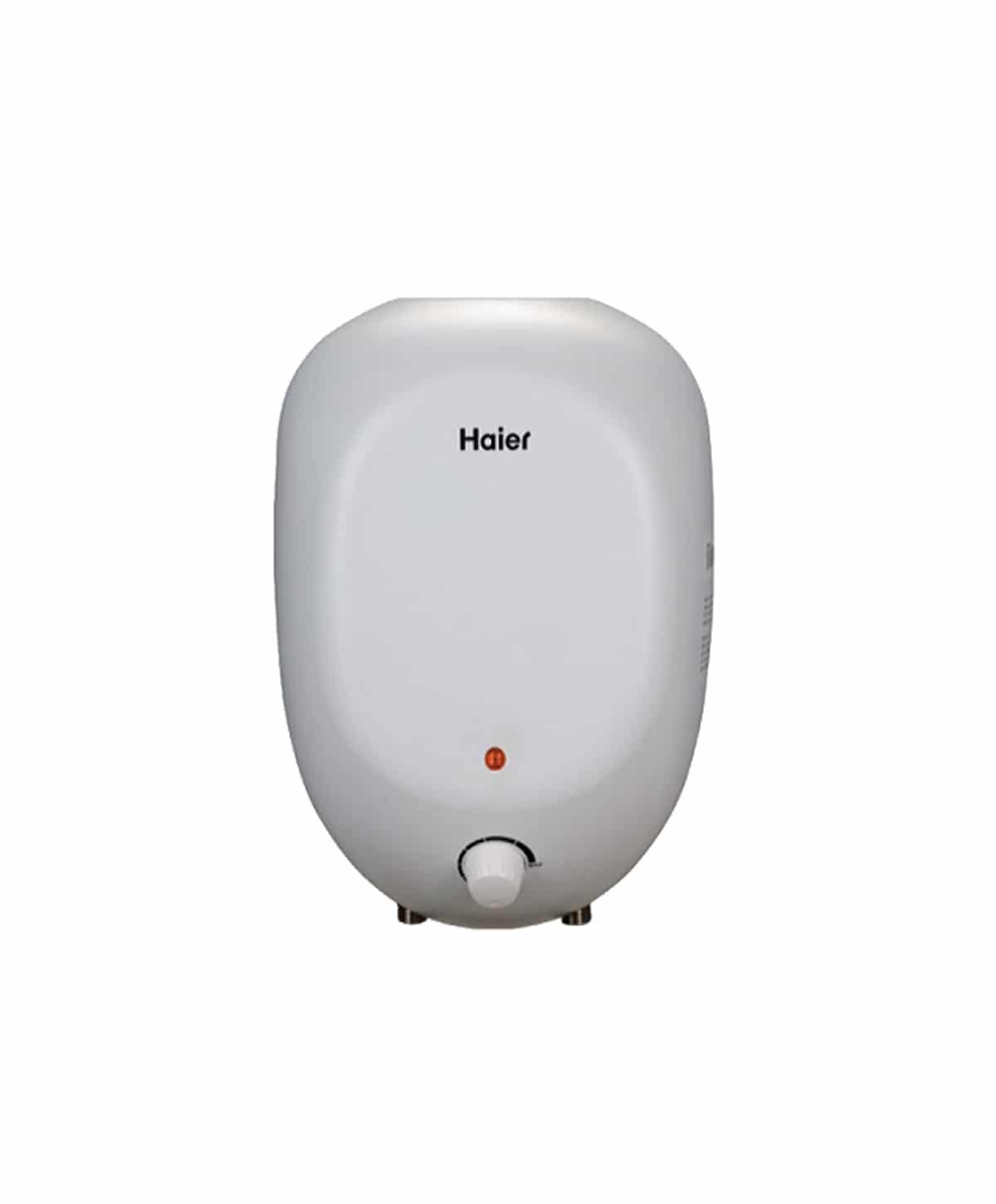 Statement coats and jackets were the BIG draw this season. Slogans and bold graphics in pop colours and novel textures in jackets were all over the runways. We expect this trend to hit street-style in a big way in the coming months, with young ‘uns using it to express their own satirical take on the fashion status quo. Use bold, statement jackets with staples to keep them casual, yet interesting.The theme spilled over to coats as well, and we couldn’t be happier. Although not as bold as jackets, brands such as Haider Ackermann, Raf Simons, Prada and Louis Vuitton did push the envelope with great statement coats showing off seriously long sleeves, while Dior Homme and Topman Design experimented with daring colours (both designers used shades of copper). Lemaire, Bally, Giorgio Armani and Ermenegildo Zegna used wider silhouettes, cutting their suits looser than traditional formal ones. Speaking of wider silhouettes, duffle coats made a grand comeback, especially in camel colour. 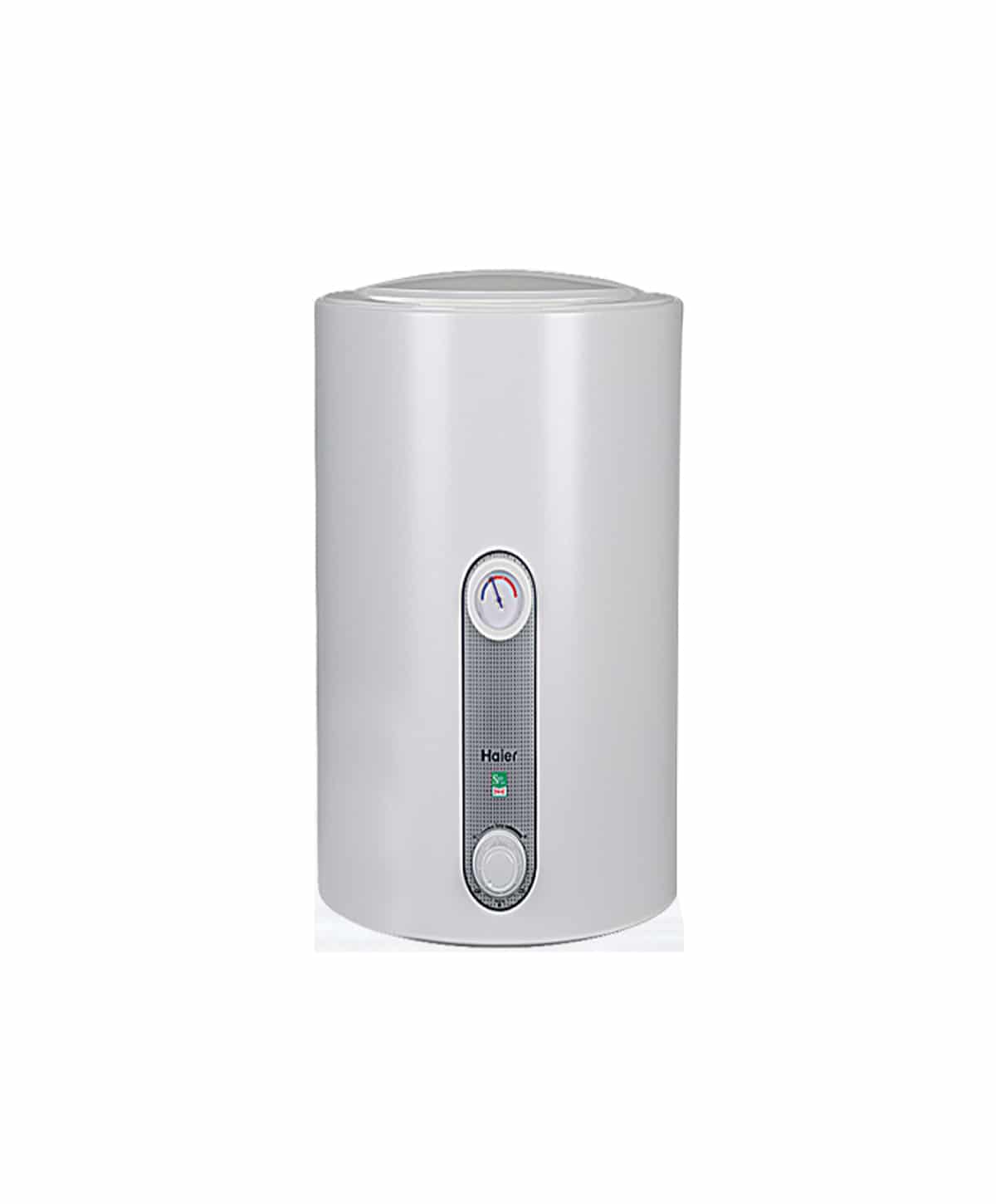 Statement coats and jackets were BIG. As were hints of embellishment you see in the Mandarin- collar jacket from Arvind (above)

How does one not love anything that draws inspiration from The Uniform? We were happy to see a lot of military influence on the runways this season. We saw some many strong-shouldered coats across collections, much to our delight. Balmain, Alexander McQueen, Burberry, Tim Coppens, Dries Van Noten, Andrea Pompilio, Louis Vuitton and so many others were inspired by soldiers this season. 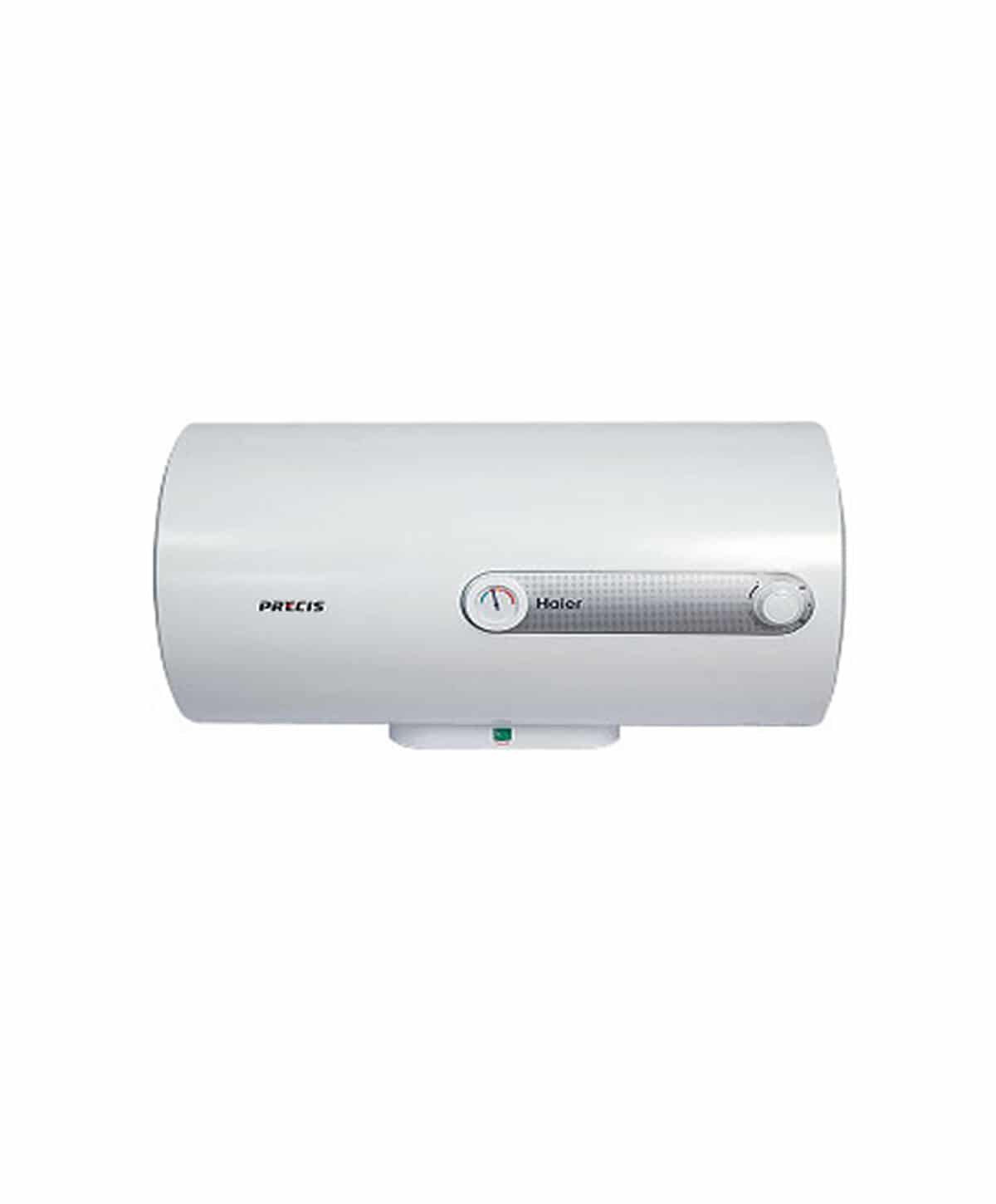 If you thought sequins were meant solely for the ladies, this year’s autumn-winter collections went all out to destroy that notion. We spotted plenty of glitz, glitter and sparkle on the runways of designers such as AMI, Yves Saint Laurent, Burberry, Balmain and others. Burberry’s clever combination of a bunch of popular trends – its bright red sequinned track top with a funnel neck simply stole our hearts. Major love.